5 most consumed traditional drinks of Mongolia

Travelling is going to discover another culture and different ways of life. With this in mind, tasting the culinary specialities of a country is a real part of the travel. While travellers often worry about food, they forget drinks. Yet, Mongolians have many specialities the traveller can taste all along his/her stay. This is a little list. 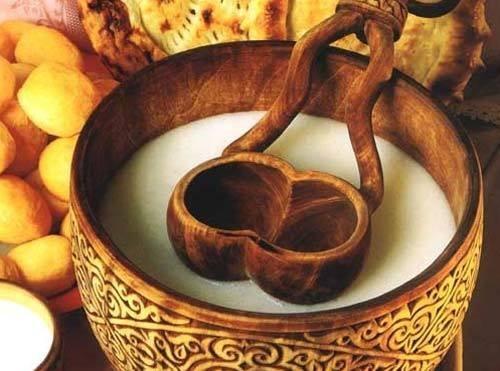 The airag, or fermented mare milk, is certainly the drink that best symbolizes Mongolia. If you

Airag is made from fermented mare milk mixed with ferment from the year before in a big cow skin bag (khökhüür) and then beaten. This gives an acid-taste drink, very refreshing and very little alcoholic (about 2 to 3% alcohol).

Airag is prepared during all June. The new airag must be ready for Naadam, because Mongolians will drink it in great quantities. If you have the good luck to discover the country during summer, you'll have many opportunities to taste this special beverage.  When you'll be proposed some, you'll have to be polite and take it with your right hand, the left hand holding your right elbow, wrist, or hand. Then you'll put the cup to your mouth. If you don't like it, you can just tell it and give the cup back to the host. 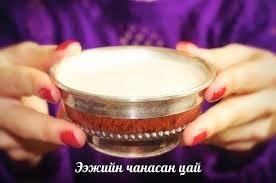 The Suutei tsai or tea with milk is the most consumed drink of Mongolia and you will be proposed some each time you'll visit a Mongolian family. Once in the yurt, it's the first thing you'll be proposed, and you'll have to accept the cup with your right hand (in the same way as for airag) and put it to your mouth before putting it on the table.

The tea with milk is made with cow milk mixed with water and black tea leaves. It's lightly salted and sometimes serves as base for a soup, for example banshtai tsai, tea with raviolis inside. 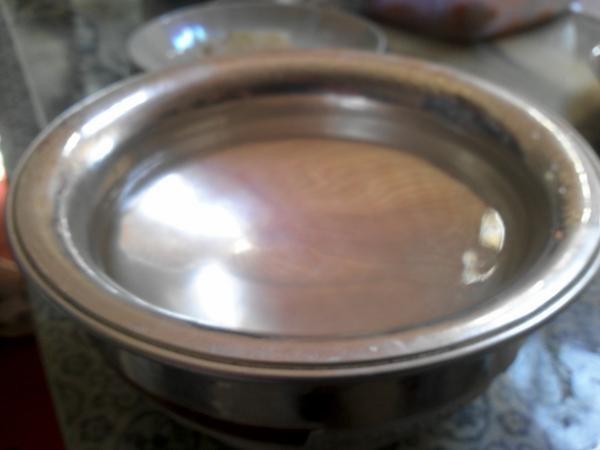 The Arkhi or milk vodka is the Mongolian traditional vodka. It's distiled with fermented tarag (cow milk yogurt). The acider the yugurt is, the higher the alcohol range will be, about 15 to 20%. All nomads families have their own still. This alcohol is generally made in summer but it gets drunk all along the year. Monglians like to drink it when it's still hot, straightaway after distillation.

As for airag, you'll have to take the glass you'll be proposed, with your right hand, and at least put it to your mouth.

The Mongolian vodka is made with wheat and there are many breands. Most famous are Black Chinggis, Gold Chinggis, Bolor, Soyombo, or Khar Suvd. The alcohol level is about 36%.

The acceptance ritual of vodka is the same as for airag or arkhi. Let's tell that each time a family will invite you, there will traditionally be three services of alcohol. With a single glass, the host will serve each guest one after the other, beginning with the oldest one. The guest will at least put the glass to his/her mouth, then give it back to the host, and the latter will fill it again, adding just a symbolic drop if you did not drink anything, and give ot to the following guest.

You'll certainly note that very often, instead of putting the glass to their mouth, Mongolians only soap their right ring-finger in vodka, then three times above their head, make offerings of alcohol to spirits by making a sort of flick with their thumb and ring-finger. 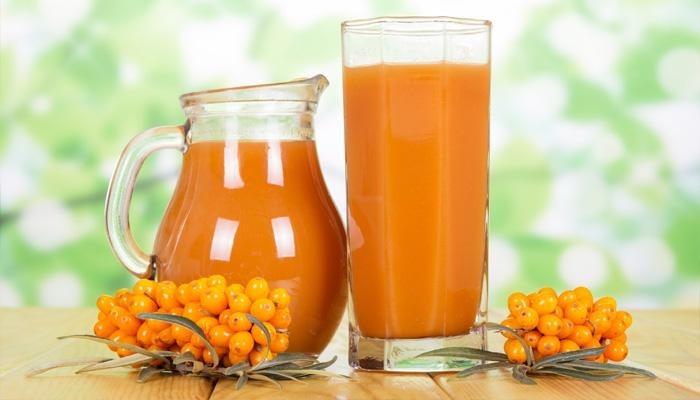 The Chatsarganii shuus or sea-buckthorn juice is the favorite juice of Mongolians, whether it be cold or hot; it can be considered as the "orange gold" of Mongolia.

Mongolians make boil this berry in water and consume great quantities in juice or tea. This berry is the piece of fruit the richest in vitamin C (eight times more than a kiwi). It naturally grows in the province of Uvs, West Mongolia.

Some industrial productions can be found in Ulan Bator, this berry being also used in many cosmetics. Its fragrance can sometimes displease but the taste is really very interesting. The concentrated juices that we sometimes find in shops often have a too strong taste and can be diluted with water.