Mongolia is now becoming the 105th country to abolish death penalty, after a vote at the State Great Khural, Mongolia's parliament and an extended debate. This will officially be applied on September 2016.

The charismatic Mongolian President Tsakhiagiin Elbegdorj who encouraged this vote and already known for his abolitionist measures, already stopped death sentences since arrived at the State highest position in 2010. Mr Khishigdemberel Temuujin in charge of the Department of Justice, stated the law was long anticipated, explaining to the press "There is no significant increase of crimes where countries have no death penalty." “This development is very encouraging and a clear example of positive progress in the fight for human rights for all -– including people convicted of terrible crimes,” UN rights chief Zeid Ra’ad Al Hussein said in a statement welcoming the abolition. “We must not allow even the most atrocious acts to strip us of our fundamental humanity,” he added.

The Spokesperson of the European Union External Action (EEAS) welcomed this new Criminal Code as a truly excellent news. "Capital punishment is a cruel and inhuman punishment which fails to deter criminal behavior and which represents a grave denial of human dignity and integrity".

Mongolia has not carried out an execution since 2008, according to rights group Amnesty International. 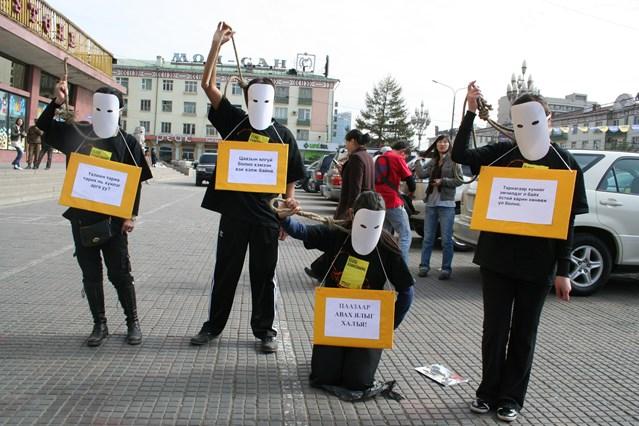 Interesting fact: since the 1950ies, Mongolia already abolished death penalties but as a result of many protests, the State re-established the law only 10 months later. In order to fully abolish these laws, the rights group Amnesty International will continue to raise campaigns all around Asia.