The Mysterious Deer Stones in Mongolia

Mongolia and its vast steppes and deserts contain many curiosities that have fueled many myths and legends over the years. At the edge of the province of Khövsgöl, stands a legendary site where we discover strange stones covered engraved with deer figures and other symbols. But what do these monoliths actually represent?

These antiquity stones of the first nomadic tribes date back from the Bronze Age. If we take a closer look, we can understand some animistic practices that still persist today in the steppes of the nomadic people. 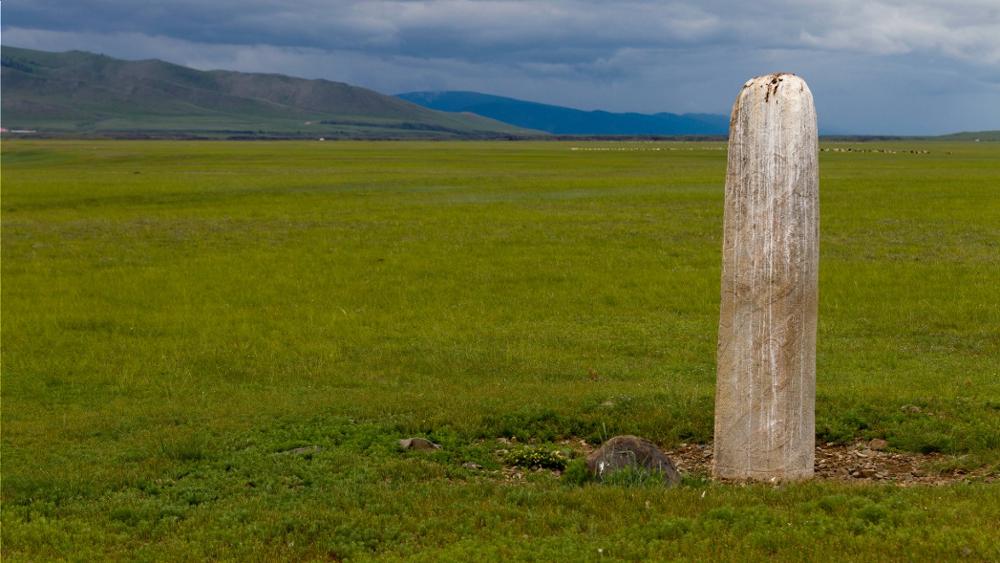 They have been named deer stones because of the deer patterns engraved on them. On the long face facing east, there are drawings resembling images of deer with long horns. The latter seems to fly to the sky by their posture (the head upwards and the body simulating a movement towards the top of the dolmen).

The probable meaning of deer drawings engraved on the mysterious dolmens

According to numerous scientific and archaeological researches, drawings of deer engraved on the mysterious Mongol stones recall the passage from life to death. Indeed, in nomadic and shamanism beliefs, deer are supposed to carry the dead into the afterlife (hence the posture of beasts simulating an ascent to the sky) and protect them from possible dangers to which they could face on the long road to the other world. This supposition seems to be confirmed with the discovery of tombs near the dolmens.

Are the stones a symbol for warriors?

In addition to cervids flying to the sky, other typical designs have also been engraved on the lower part of the deer stones. These are blatant representations of tools and weapons in all kinds “T” (axes, knives, shields, etc.). According to archaeological excavations, the latter date from around 1200 BC. Indeed, their typical forms make them look very much like the weapons used between the Bronze Age and the Iron Age. These engravings can then indicate that the persons buried under the steles were warriors, and the deer stones were erected in order to pay homage to them. On the other hand, the weapons’ drawings on the stones may have been encrusted so that the warrior can face the dangers during his journey to the hereafter.

Another striking fact is that on most sites where dolmens have been discovered, archaeologists have also found carcasses of horses (and oxen) surrounding the dead. A situation that suggests that these animals were sacrificed and buried with the dead so that they could cross the road to the otherworld easily and safely. Once again, this remains a theory but could be closer to the "real" reason behind the stags.

As previously stated, deer stones were left behind by nomadic civilizations that lived between the Bronze Age and the Iron Age. The majority of these steles (nearly 90%) were found in Mongolia. There are about 20 on the Uushigiin Övör site near Moron and about 100 on Tsatsyn Ereg near Karakorum.  However, it should be noted that deer stones have also been found in other parts of the world, such as Siberia. They all testify to the existence of nomadic peoples for centuries before our era and show us how much they have evolved, both in time and in space. Today, the stags have become Nomadic historical monuments around the Mongolian steppes. They mark the passage of these peoples in the various areas of this vast wilderness. The presence of these dolmens erected to the sky reveals another aspect of the Mongolian steppes: an immense green and wild space that will not cease to preserve innumerable mysteries.

You can discover these mysterious steles with our trip The Mongolian Great Loop! Do not wait and book!