The golden eagles Festival in Altai

If you followed our blog over the past years, you will definitely recognise Mongolia as a country where traditions have still a great impact on everyday life.  One of those is the golden eagle hunting Festival, one of the most intriguing and spectacular celebration, that makes one want to travel to Mongolia!

This tradition dates back from 2000 years ago, and has been passed from fathers to sons through many generations of the Kazakh nomads, despite the darkest times of Mongolia, where religions and traditions where repressed under the totalitarian regime.  The idea was to pass on to the new generations the customs and keep the singular identity of the ethnic minorities in Mongolia.

The Kazakhs are mostly Muslims, largely represented in Altai Mountains located at the very west of Mongolia.  Every year, they organise two festivals to honor the golden eagles, their favorite hunters.  This year, let’s have an overview of the festival that will take place in Sagsai District, near the Province of Bayan-Olgiy, from the 19th to the 20th of September. 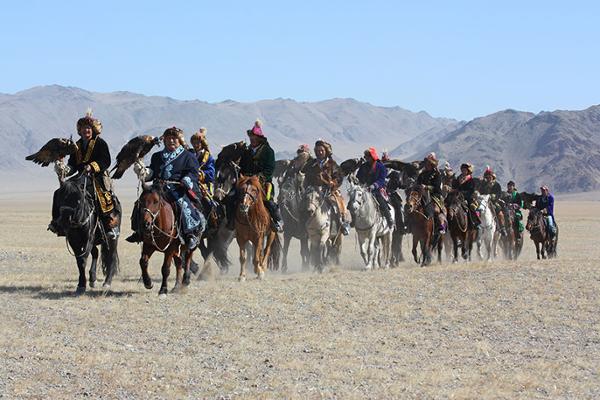 This event gather about 40 hunters with their eagles, and allow for great visual performance throughout various activities like fox hunting. At the end of the festival, eagles will try to catch a fox’s fur, dragged by a galloping horse. What a fantastic show! 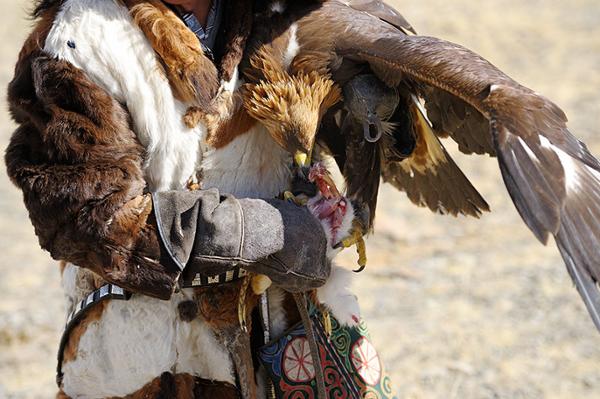 This ancient art has been kept by the intimate relationship existing between the hunter and his eagle, a deep and long bound created with mutual respect. During the festival, other competitions take place, like a camel race through 6 km, and some typical Kazakh games including Archery, the Tiyn Teru (catching a coin on the ground from a galloping horse), the Kyz Kuu (a horse race during which the husband has to catch up with this wife to steal a kiss and if without success, the wife may whip the husband as a sign of winning), or also the Kokpar (a game in which several riders try to catch and hold a goat or calf carcass toward a goal). 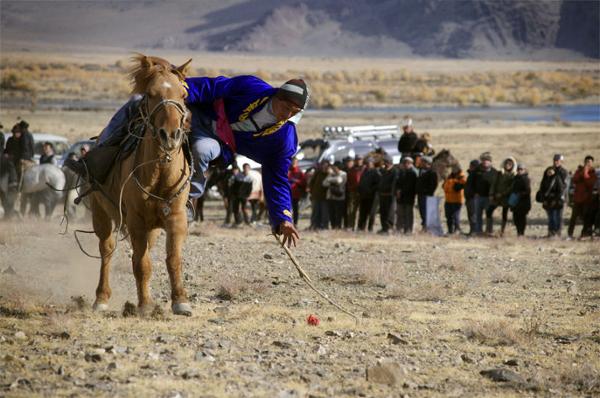 A variety of games that will accompany the wonderful ancient tradition, allowing visitors to meet with the hunters and approach these beautiful animals. It is also briefly possible to hold some eagles for a picture, or to ride horses or camels when there is no game going on. A total immersion into the rich Mongolian culture that’s for sure! If you want to know more about this unique festival, feel free to contact us filling the form below the page. If lucky, you can join a group in our Golden eagle festival tour mentioned on our website for a deep dive into the Kazakh territory... Have a great trip !