Mongolia is located in the Northern hemisphere temperate zone. Located at an average altitude of 1500 metres above sea level, separated from the oceans and surrounded by high mountains that block wet winds, Mongolia has an extreme continental climate. Winter is long, with cold temperatures, but summer is hot and short.

Mongolia enjoys more than 260 sunny days per year, which means it's one of the sunniest countries in the world. In winter, the sky keeps its intense blue colour but combines with biting cold. Winter  From November to March, it's winter and temperatures regularly fall under 30°C (86°F). It's a dry cold, and, with a good equipment, it's possible to visit Mongolia in that period. Spring  April and May are transitional months.

It's spring. The climate is certainly getting warmer but it's the sandstorms period: being caught by a storm in Gobi desert can be an unforgettable experience. May is reputed to be the most unsettled month; the four seasons can pass in a single day... From which the Mongolian motto: « beware of the morning sun ». 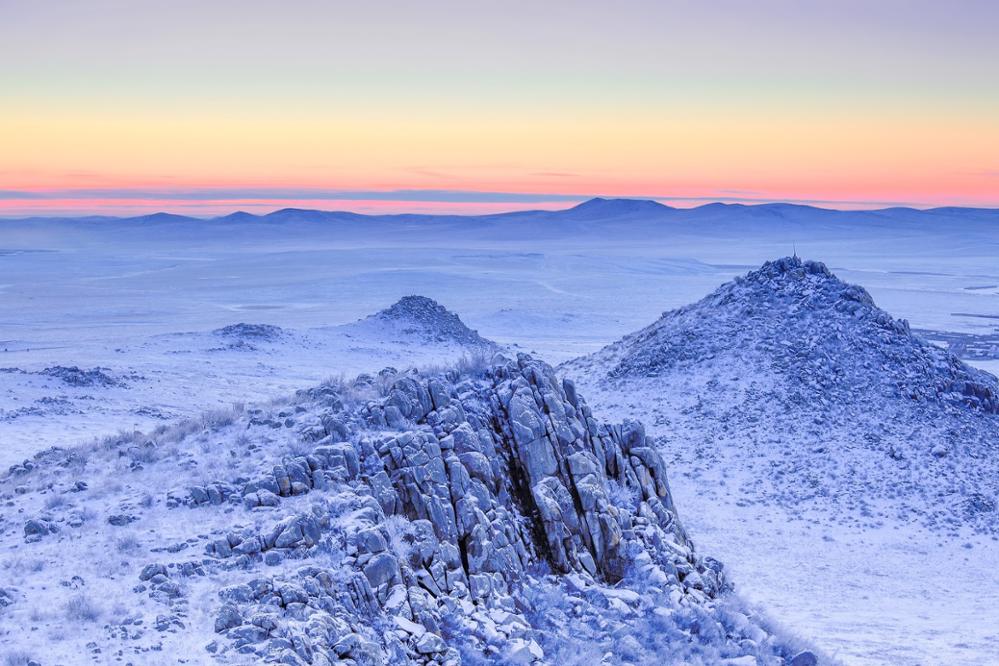 The reward for the traveller is that spring is the period when the livestock gives birth, which entails a great activity in the countryside (shearing-time). Summer and autumn   Then come the four most pleasant months for a trip to Mongolia: June, July, August, September. From June, temperatures are higher than 20°C (68°F) and it's pleasant to visit Mongolia.

June and July are the most humid months and showers in the end of the afternoons are frequent, notably in Khovsgol. June and September are the most favourable months to visit Gobi. In July, the steppe takes her nice green colour and keeps it for about two months. From the 15th of August, night temperatures significantly drop with frost risk, but the days remain pleasant with temperatures varying between 15°C and 25°C (59-77°F), and this lasts until mid-September. In this period, there’s also a risk of snow at high altitude (Naiman Nuur Park for example).