It's an agglutinative language, which means that words are formed adding suffixes to a basis. Mongolian words are either masculine or feminine, according to the vowels they have:

while Э, Ү et Ө are feminine. Words can't have at the same time masculine and feminine vowels.

The Mongolian traditional script dates from the 9th or 10th century. It's based on Uyghur alphabet. It's only from the 12th century that the latter became the official script. The oldest example of the Mongolian script is the “Genghis stone”, a monument that Genghis Khan made build in 1224 in the honour of Prince of Yesunge, who had hit a target from a distance of 335 ald (536 metres, 1758 feet) during a warriors' competition.

After the Mongolian-Uyghur script, other scripts were created and used in Mongolia.

The first of them was the horizontal square script. Kubilai Khan asked Pagma Lama to create a new script in order to increase alphabetisation in the Yuan Empire. The script he created was called “the new writing”. Books were given to schools and at the end of the 1260's, the revenues of the taxes were given to those who were studying this script. A decreet obliged the official orders from monasteries (1270) and from government (1273) to use this alphabet. But despite its ambitious aims, it could not manage to replace the other scripts used in the empire. 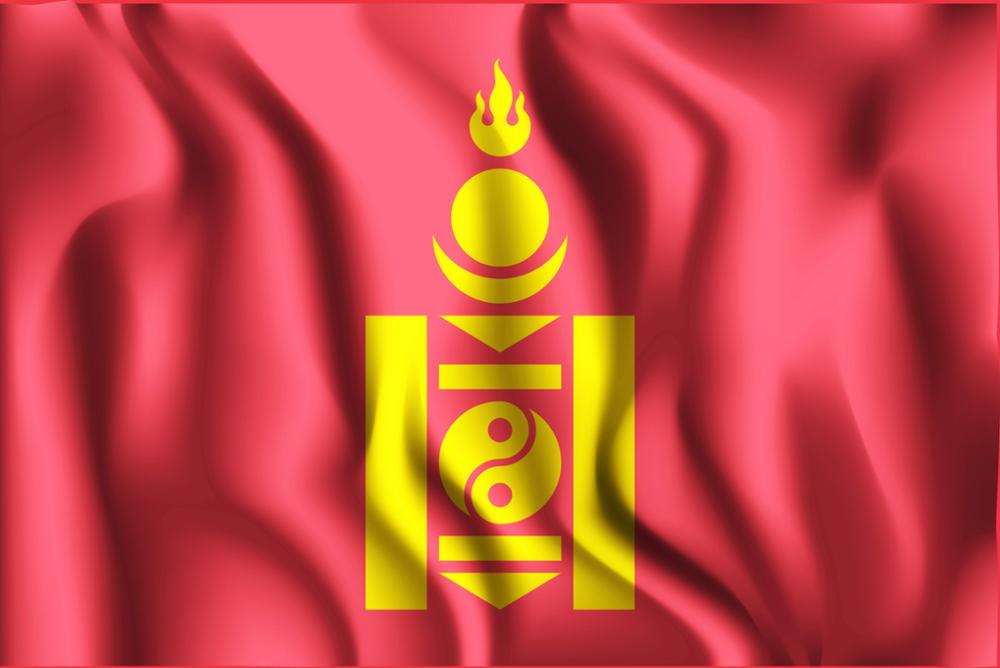 In 1648, Zaya Bandida created a new alphabet called tod or “clear writing” to propose a variant to Uyghur script. He aimed to solve one of the problems of the Mongolian writing: a single letter could have several possible pronunciations. His aim was to connect the spoken language and the written language that had become very dissimilar after several centuries of stagnation of the written language. The new writing was called “clear” because, unlike Uyghur script, it made a clear differentiation between the seven vowels and between the consons that beforehand were written with the same letter. Many documents have been writing with this script, but it never spread out.

An important script used for the translation of religious sutras was the “soyombo” alphabet, created by Ondor Gegen Zanabazar. It had 90 letters corresponding to Khalkh pronunciation. With this alphabet, it was possible to transcribe Sanskrit, Tibetan, and Mongolian.

The Manchu script is another variation of the Mongolian script. Norkhatsi Erdene and his assistant Gagai created this alphabet in 1599.

Until 1940, almost all Mongolians used the former script (Uyghur), but in 1946, the Cyrillic alphabet became official in Popular Republic of Mongolia. Beforehand, in the 1930's, it had been decided to use the Latin alphabet and some books and newspapers had been printed with Latin letters. But this project had finally been given up.

In 1990, the government tried to set again the former script as official script, without success.

Nowadays, the classic script is still used in Inner Mongolia.