The stupa, meaning "heap" in Sanskrit, is an important element of Buddhist architecture, which we can find in all Buddhist temples and monasteries. The first stupas were tombstones containing remains of Buddha or other important Buddhist figures. The bodies of several Dalai Lama lie inside stupas in the Potala Palace in Tibet.

Eight important stupas of Buddhist religion have been erected in eight different places, in order to commemorate important events of Buddha's life. For example at Lumbini (his place of birth), Bodh Gaya (where he received illumination after 49 years of meditation under the Bodhi tree), Kushinagara (where he reached Nirvana), and Sarnath (where he gave his first lesson to disciples). 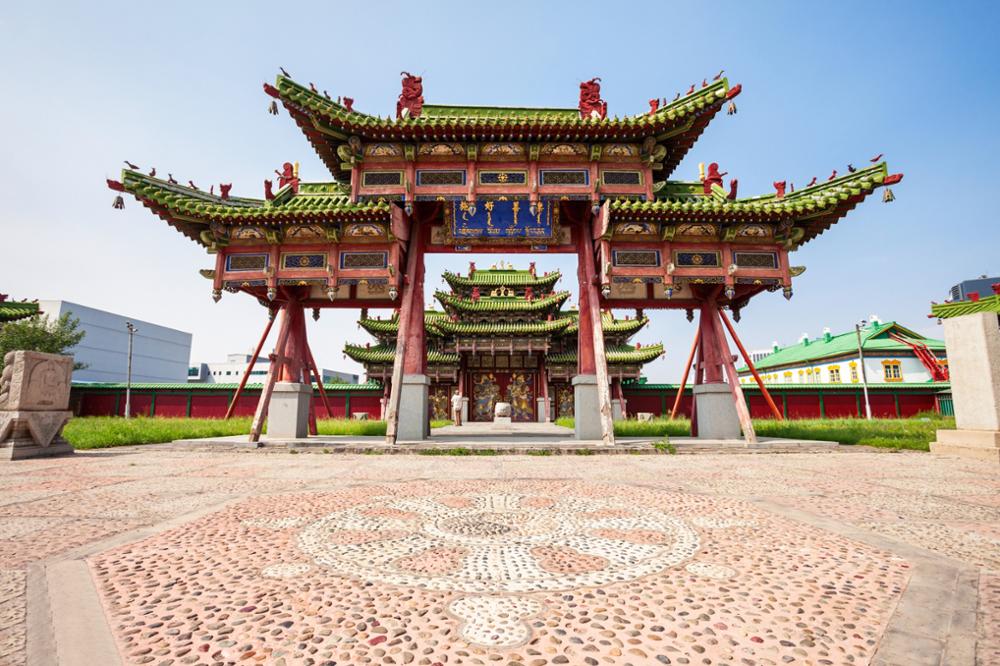 Modern stupas are now rarely built as commemorative monuments, but rather as symbols of cult. They contain sacred texts and icons instead of human remains.

There are different types of stupas, but the generic shape is universal. On the apex are representations of the sun, the moon, and a lotus flower placed upon a big conical arrow representing the royal attribute in Buddhist symbolism. The main part of the stupa contains relics and sacred objects. Tibetan stupas are typical with two sets of four and ten steps representing the four positive states of spirit (love, compassion, joy, serenity), and the ten stages to a Bodhisattva's development.