The Return of Przewalski's Horses in Mongolia - Horseback Mongolia

The Return of Przewalski's Horses in Mongolia

The Przewalski’s horses are considered the last wild horse species in Mongolia and are close to extinction. Since 1969, they have been gradually introduced in the Mongolian lands finalizing a reintroduction project that has been in progress for more than 25 years.

To avoid the total extinction of the species, four of them were placed in captivity at Prague Zoo in the Czech Republic in 1969 when the last wild horses were seen. Various breeding programs have preserved the species and since 1992, they have gradually reintroduced the species to its native land on the border between Mongolia and China.

Learn more about the Przewalski's horse 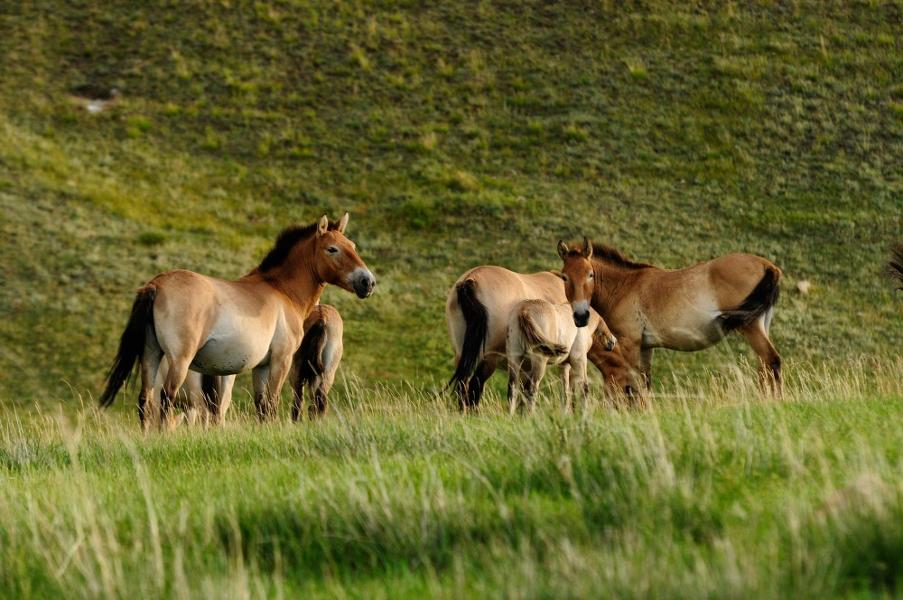 The Przewalski is a relatively small wild horse (between 1m20 and 1m40 at the withers). Robust and massive with its large rectangular head and isabelline color, the appearance of these horses is reminiscent of rock representations of prehistoric art.

Although a recent study suggests that Przewalski's horse was domesticated 5,500 years ago by Botaï culture in Kazakhstan, many scientists and specialists in the species contradict the results.

Przewalski's horse is also characterized by its unsociable nature. Impossible to discipline, it can not be trained or mounted. It is highly resistant to the most extreme weather conditions and needs only a small ration to survive. 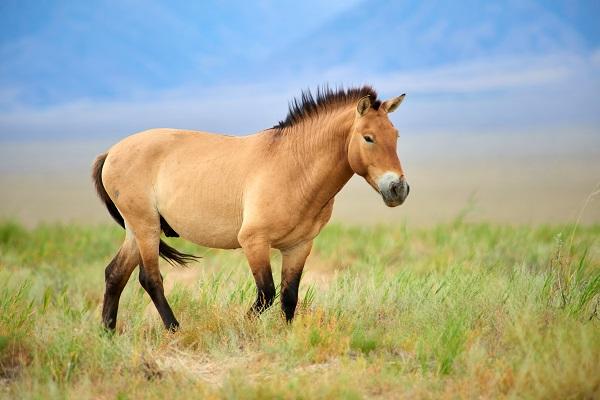 Since the 1990s programs have been designed to reintroduce the Przewalski horse on its lands. The Przewalski Foundation for the Preservation and Protection of the Horse, established in the Netherlands in 1977, brought the first animals to Mongolia in 1992 in the Khustai National Park. Before being fully released in the wild, the horses first followed a long period of acclimatization in large enclosures.

The number of horses needed to save the species is estimated at between 400 and 500. This number allows the species to withstand external pressures and limit inbreeding problems.

The Prague Zoo has been working on this reintegration for the last 7 years and is recording the reintroduction of some 30 wild horses.

"We have released dozens of horses in recent years. We have just released 4 European horses and it is a great satisfaction for us. This shows what zoos really are. The zoological garden has preserved Przewalski's horses that were no longer present in nature, and now we release them.” Explains Miroslav Bobek, director of Prague Zoo.

In France, the TAKH association acts for the maintenance of the species. In 2004 and 2005, the association reintroduced about twenty Przewalski horses in western Mongolia near Khar Us Nuur National Park in Khomyn Tal.

Today around 350 Przewalski horses have returned to the wild and live free, although still under surveillance on the wildlands of Mongolia.

The observation of Przewalski horses in Khustai Park 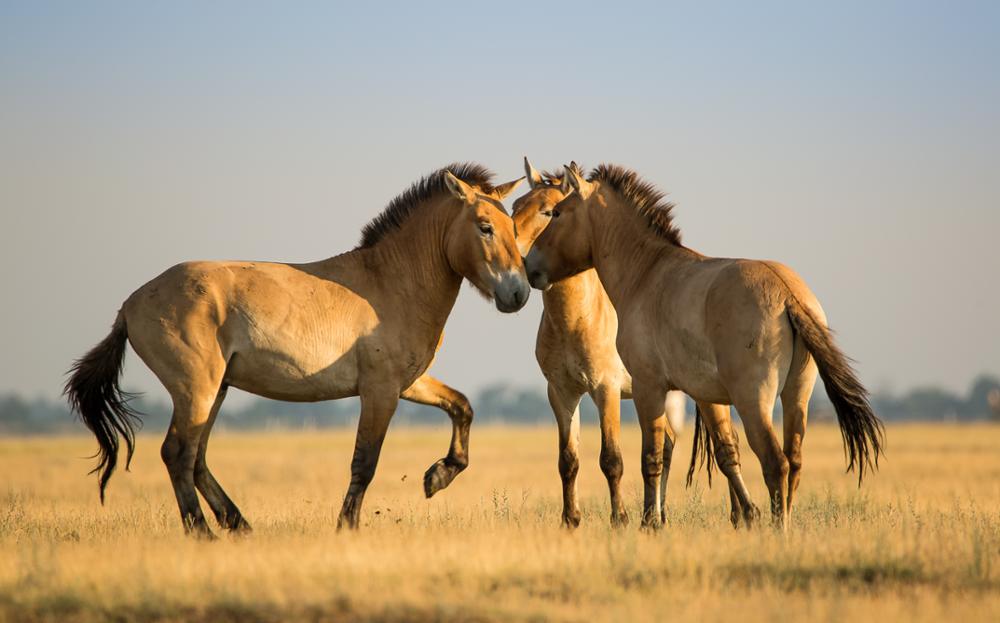 Today, thanks to the work of reintegration, it is possible to observe these wild horses during your stay in Mongolia with Horseback Mongolia. At the end of the day, or early in the morning, it is possible to see them near water points. Watching these unique animals in their natural habitat is an amazing experience! You can take advantage of our 3-day Discovering Przewalski's Horses tour to meet this surviving species