The 10 Main Monasteries in Mongolia

Mongolia is a must-see destination during a trip to Asia. If it is known for its wide-open spaces and grandiose landscapes, it is also a country rich in tradition and culture which reveals its beliefs to us through important monasteries.

We invite you to discover, through this article, the 10 main monasteries of Mongolia, which you may have the opportunity to visit during your stay in the land of the eternal blue sky.

Built between 1585 and 1586, the Erdene Zuu Monastery is the most ancient Buddhist monastery in Mongolia. It is located in the province of Ovorkhangai, about 2 km northeast of the center of Karakorum. This sanctuary is behind a large wall with 108 stupas. Damaged in the 1680s, it was rebuilt during the 18th century and in 1872. Today, it is part of the UNESCO world heritage list in the category "cultural landscape of the Orkhon valley". 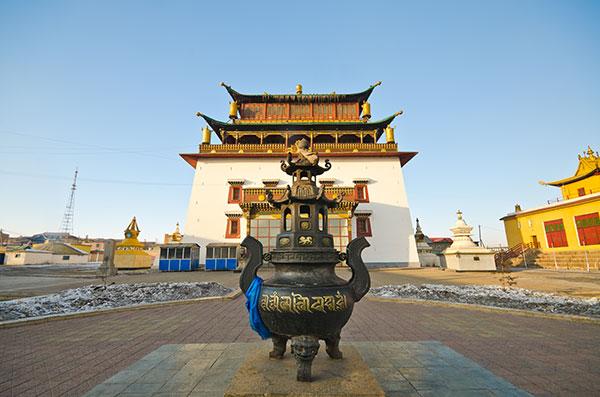 Also known as Gandan Monastery, Gandantegchinlen is a Tibetan-style Buddhist monastery located in Ulan Bator. His name, which is of Tibetan origin, means "the great place of complete joy". The monastery is a must for a visit to the Mongolian capital, especially for its 26.5-meter high statue of Megjid-Janraiseg. The entire complex, which includes several temples, still houses around a hundred monks. 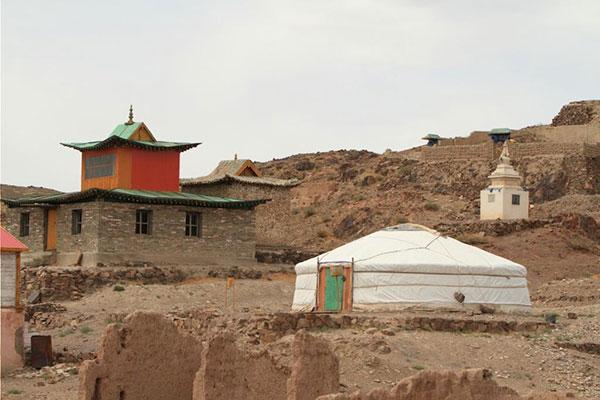 Located at the foot of Saikhan Ovoo Mountain, near the village of Saikhan Ovoo in the Dundgovi region, Ongii Monastery was one of the most important shrines in Mongolia. When it was built in 1660, it consisted of two complexes spread over the North and South banks of the Ongi River. It housed nearly 30 temples, 4 major Buddhist universities, and more than 1,000 monks before being completely destroyed. In 1990, three monks undertook the construction of a temple. Today, the complex consists of a temple and two small museums among the ruins of the old monastery. 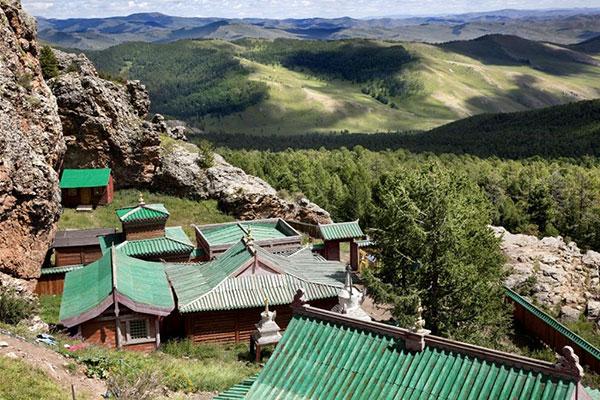 Nestled at an altitude of 2,312 m at the top of the sacred Shireet Ulaan mountain, the Tövkhön monastery overlooks the Orkhon valley. It was built in 1651 by Zanabazar, a renowned sculptor, painter, and musician, it was destroyed by the Mongol Oirats during their war against the Eastern Mongols. It was rebuilt in 1773, then demolished again during the late 1930s by supporters of Stalin. Today rebuilt, the monastery accommodates several monks and holds a place on the UNESCO World Heritage list since 1996. 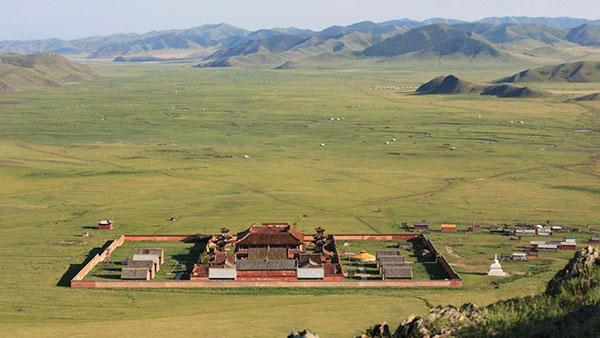 Located near the Selenga River in the Iven valley, at the foot of Mount Buren-Khaan in the center of the country, the Amarbayasgalant Monastery is one of the three largest Buddhist centers of the Tibetan Gelugpa School in Mongolia. Built between 1727 and 1737, it is the only monastery to have escaped destruction by the Communists. Although the monastery is Chinese, there are Mongolian and Tibetan influences in its architecture, which makes it a magnificent sanctuary. 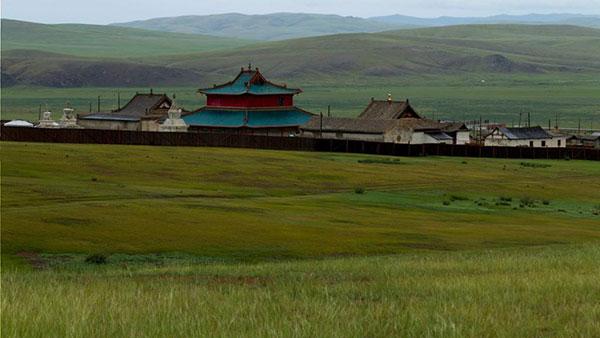 Built in 1647, the Shankh monastery is one of the oldest monasteries in Mongolia. It is located in the Övörkhangai province, 25 km south-east of Karakorum. This monastery owes part of its reputation to its links with Zanabazar, who spent his childhood there. It is also one of the rare monasteries to have survived the purges of the 1930s. 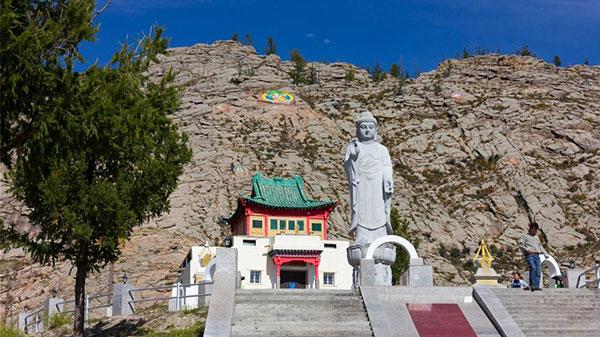 The Zayan Gegeen Monastery was built in 1616 by the monk Zayan Gegeen. Under the communist regime, the monastery served as a warehouse before being transformed into an ethnic museum. The museum houses historic remains an exhibition on the modern history of the region, as well as a room dedicated to the local flora and fauna. On the first floor, in the old library, are arranged ancient objects of worship. 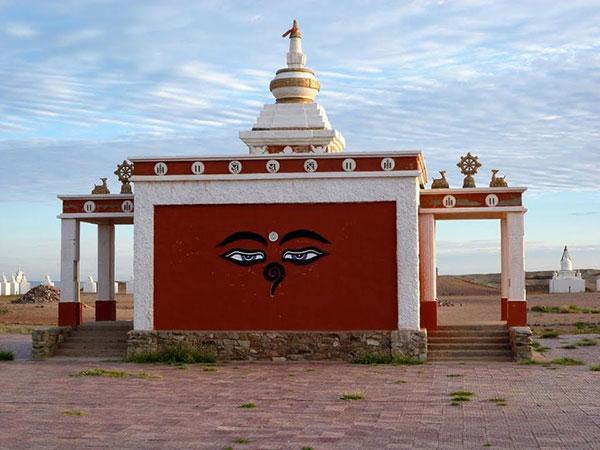 Built in 1821 on the initiative of Danzan Rabjar, the Khamar monastery was one of the most important centers of the so-called "Red Bonnet" school in Mongolia. The complex included a school, a library and a temple-museum where many objects were displayed. It was destroyed during the purges of the 1930s. Its reconstruction did not end until 2006. 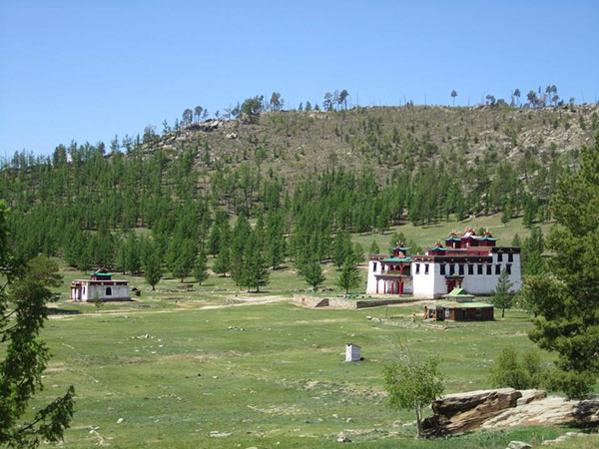 Located in the valley of the Jargalant Baruun river in the süm of Ömnödelger, province of Khentii, the Baldan Bereeven monastery is a magnificent sanctuary of the Buddhist Gelugpa. It is one of the monasteries destroyed by the Communists in the 1930s. Long being restored thanks to an international aid program, the ruins are now accessible again. The site is also worth seeing for the beauty of the place, the monastery is surrounded by the picturesque and sacred mountains of the Khentii chain: Munkh Ulziit, Arvan Gurvan Sansar, Bayan Baraat and Bayan Khangai. 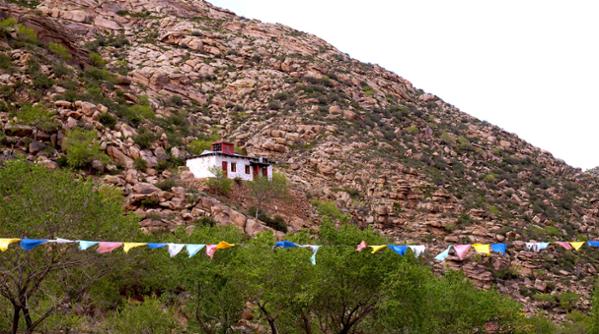 Was built in the mountains on the initiative of Zanabazar, in honor of his teacher, the monk Erdene, the monastery of Khambiin Khiid is one of the most sacred shrines in Mongolia. Even if today it is no longer active, monks go there once or twice a month for religious ceremonies.