Detailed map of the province

The province of Bayan-Olgii is located in the extreme West of Mongolia. The province has borders with Russia at North and with the People's Republic of China at Southwest. The highest point of the province and of the country is Mount Nairamdal (4.374 metres, 14.350,39 feet), and the longest river of the country is the Khovd River (516 kilometres, 320,63 miles) that has its source in the Altai Tavan Bogd. We also can find many freshwater lakes, among which the largest ones, Lakes Tolbo and Dayan. The province of Bayan-Olgii is renowned for its springs, particularly Ak-Su springs and Chingertei springs. The whole area of Bayan-Olgii is very adapted for agriculture.

There is a very rich flora: kobresia, carex, gooseberry and wild cherry can be found. 10 % of the province are covered with forests, especially forests of larches. Some studies have evidenced that the place incorporated fossils, ferrous and not-ferrous metals, petrol, and resources usable as construction materials. Wild sheep, ibex, and snow leopards live in the heights of the Altai range; marmots and foxes live in lower sides. Bears, lynx, and squirrels live in the forests. 80 % of the population are Kazakhs, 17 % are Tuvans. In 1998, the province harvested 3.000 tons of grains, 600 tons of fodder, and 21.452 tons of potatoes and other vegetable. The coal mine produces 404.000 tons of coal and its revenue reaches 166.700 millions of tugriks. 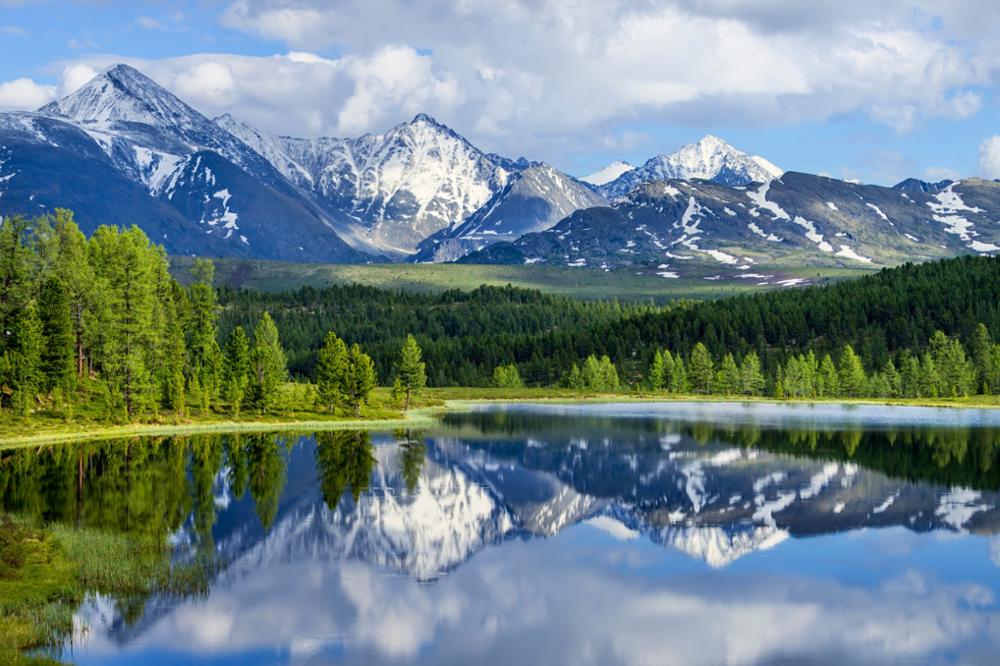