A culture based upon breeding animals

The Mongolian traditional life is based upon breeding of five animals: yaks, sheep, goats, camels, and horses. The products these animals give satisfy almost all the needs of the family: beef, mutton and goat's meat are an important part of the Mongolian diet; the sheep's wool is transformed in felt and used to make clothes, bedding, and insulating of yurts; horses, camels and yaks are used for transport; and even the hair and bones are used to make music instruments and toys.

The domestication of animals and the nomadic way of life arrived quite late in the Asian history, a long time after agricultural techniques appeared. Breeding is much more difficult than agriculture, because it needs the ability to domesticate animals, to organise reproduction, and to have skills with transforming animal products in food, clothing, or accommodation. Nomadism also requires a good understanding of natural cycles and an appropriate selection of pastures to satisfy the needs of any kind of cattle. 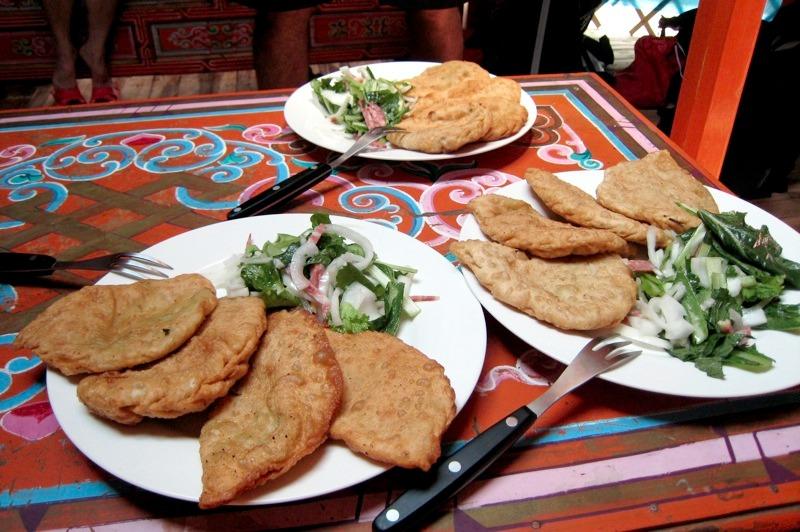 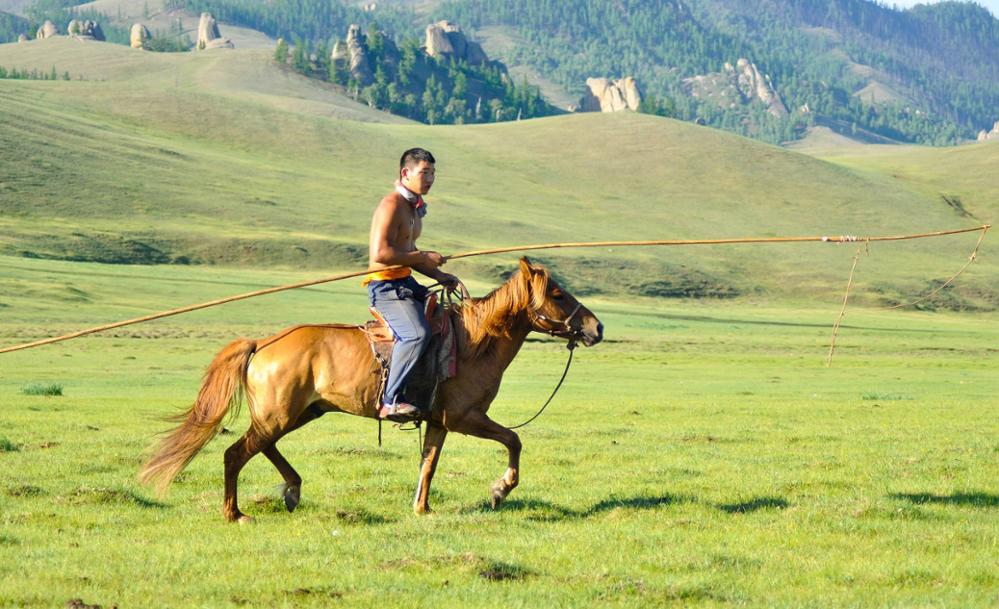 Mongolian herders don't move at random, but according to precise traditions. Mongolian nomads families move every season to uvuljuu (winter pastures), khavarjaa (spring pastures), zuslan (summer pastures), and namarjaa (autumn pastures). In winter and spring, herds are generally kept in a place that will allow them to stay strong, but in summer and autumn, they will be moved to large pastures for them to get fat more easily eating fresh herbs. During the warmest months of the year, breeders leave many possessions, because they travel in a smaller and lighter yurt, with as little furniture as possible.

In the tree-filled areas of the steppe, where there's much more rain, families move between six and eight times a year, crossing an average distance of 15-20 kilometres (9-12 miles). In the dry mountainous areas of the steppe, distances are longes and nomads can cross up to 150 kilometres (90 miles). In the Gobi, the climate conditions and the place of the springs directly have an effect on nomads' habits: drought and extreme snowfalls can force the families to cross very long distances to find water and pastures.

In winter, animals are kept in a sheltered enclosure. In spring, when animals are weaker, breeders go to pastures without rocks, marshes, or slippery ways, where the first herbs grow.

There are most moves during summer, when the family brings the herds to places where vegetation is plentiful. From the autumn, animals must get fat to resist to winter, and they're brought to quiet places, far from roads or houses, to graze in peace.

Migrations from a pasture to another are considered as important events and give rise to ceremonies. Before moving, the head of the family wears his nicest clothes and rides to choose the best pastures. When he found a good place, he puts three stones on the floor (they symbolise home) to mark the future place of each family yurt.

Then the family chooses a good day to migrate and begins to pack the domestic objects. The migration in itself is sacred. Any quarrel, any agitation, during the migration or its preparation, is considered as an extreme bad omen. The day of departure, the yurt is taken to pieces and all the possessions are packed in carts, with the most valuable objects (wood-burner, roof frame, chest, religious icons, head of the family's personal belongings) in the front cart. All along the way, families will invite the passing nomads to share some tea. When the new camp will be set, they will invite their new neighbours.